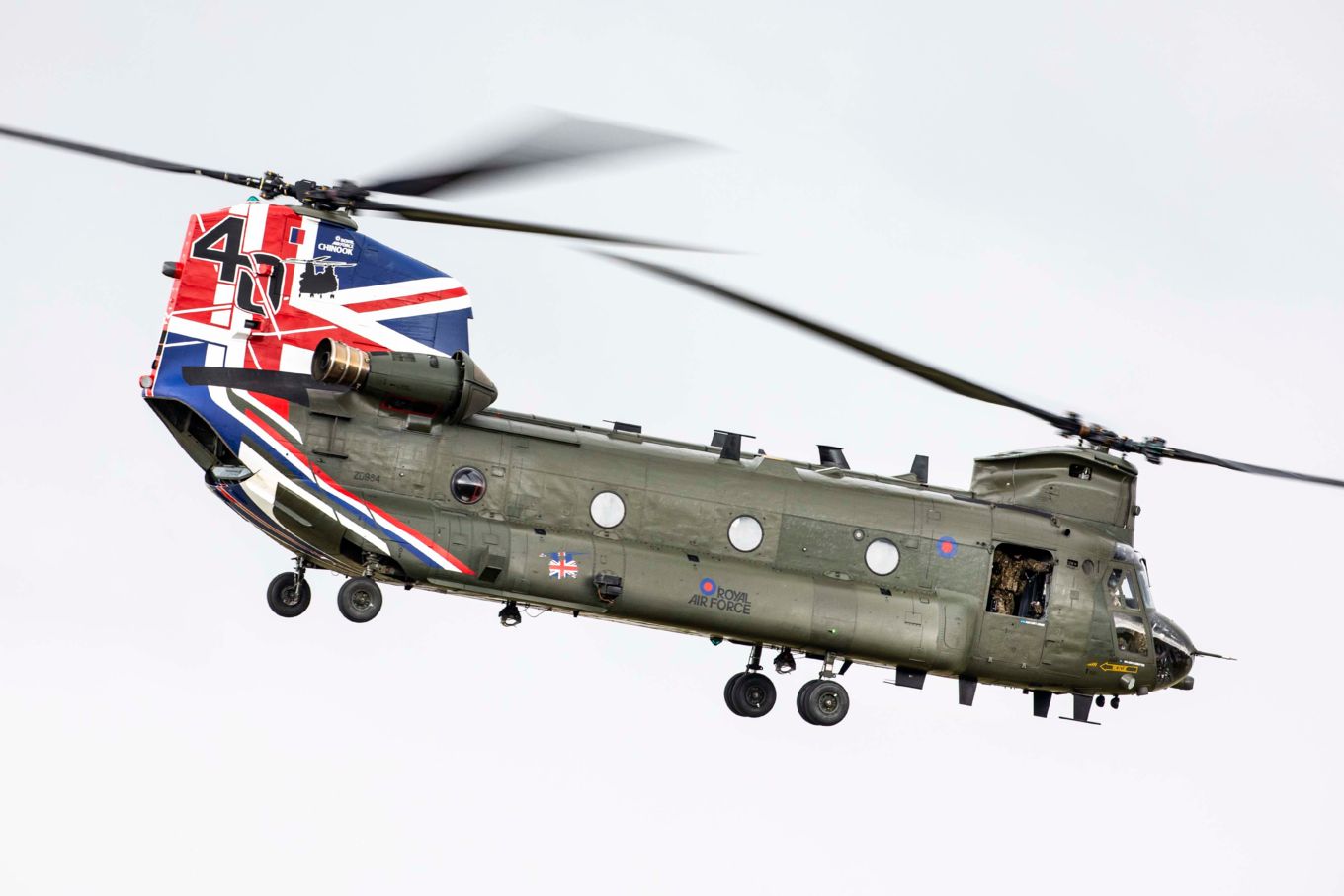 The Royal Air Force Chinook Force has been recognised for its incredible and illustrious 40 years of service.

A number of individuals and organisations which have made an outstanding contribution to aviation and aerospace in the United Kingdom were recognised for their remarkable achievements, with a series of awards presented by Aviation Minister Robert Courts MP.

Introduced into service in 1981 the Chinook has made an immeasurable contribution to the Royal Air Force over the past 40 years, supporting communities across the UK, and operating in every major conflict since the Falklands War. The Chinook is a highly versatile aircraft and can operate in a diverse range of environments, from the desert to the arctic, and transport up to 55 personnel or ten tonnes of cargo.

In addition to traditional war-fighting roles, the Chinook supports a wide variety of specialist tasks, including the Military Aid to the Civil Authorities.  Most recently, it was part of the Joint Helicopter Aviation Task Force which transported NHS paramedics, equipment, and patients during peak of the COVID-19 pandemic.

Throughout its service the Chinook has made a great impact that will now continue with the recently announced contract to modernise the Chinook fleet over the next 10 years. This will see British forces benefit from 14 of the latest iconic heavy-lift helicopters with deliveries starting in 2026.

The Framed Address was collected by Group Captain Nick Knight OBE, recent commander of RAF Odiham and the Chinook Force and other representatives of the Force, whilst minutes earlier a pre-planned sortie from RAF Odiham flew over the terrace down the London Helilanes.

Under the support of the Air League, Youth in Aviation has launched an interactive iPad…

Our annual accounts are now available to view:

The Air League, together with Southend-on-Sea Borough Council is inviting young people of South Essex…

Any cookies that may not be particularly necessary for the website to function and is used specifically to collect user personal data via analytics, ads, other embedded contents are termed as non-necessary cookies. It is mandatory to procure user consent prior to running these cookies on your website.